The Martinsville Volunteer Fire Department has two stations. Members respond to the station which is closest to them at the time of the call. The station nearest the member's home is considered his or her station and the dividing line is Crim Road. Each station is commanded by a Captain with two Lieutenants and an Engineer under his or her command.

Dedicated in 1998, Martinsville Fire Department Station 1 is located at the intersection of Washington Valley and Mt Horeb Roads. The larger of the two stations, Station 1 is known as headquarters. Here the offices of the Chief, President, and Fire Commissioners are located. Station 1 is home to three pieces of fire fighting apparatus: 43-101 (Pierce major pumper), 43-145 (E-One interface engine), and 43-151 (Ford support unit). Station 1 is also the location of the Fire Department's meetings, parties, and elections. The Board of Fire Commissioners also has its monthly meeting here. 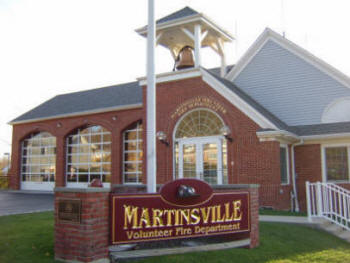 Martinsville Fire Department Station 2 was dedicated in 1969. It is located in the western side of Fire District 1 on Washington Valley Road near the intersection with Brown Road. Station 2 is mainly used to house apparatus. The station is home to 43-102 (E-One major pumper), 43-103 (Pierce major pumper), and 43-141 (Ford brush truck). 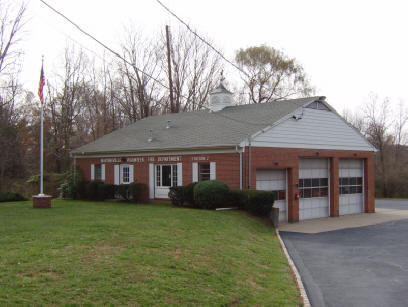 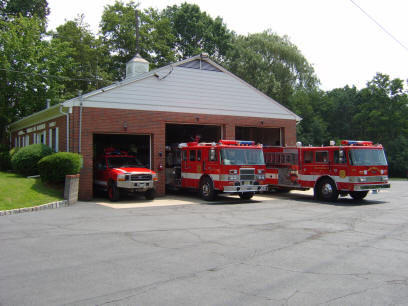 It is our sad duty to announce the passing of Ex Chief and Fire Commissioner James A. Kennedy.

James A. Kennedy, age 86, passed away on Sunday July 12, 2020 at the Bridgeway Care Center in Bridgewater. Born in Bayonne, James grew up in Winfield Park before moving to Bridgewater in 1963.

James worked for Bell Labs/AT&T in Murray Hill for over 33 years retiring in 1990. He had worked most of his career as a Tool and Die maker and retired as a Purchasing Supervisor and Senior Buyer.

He also loved to travel, he and his wife Joan have been to 49 Countries over 6 continents.

Due to the covid-19 virus health emergency, funeral services will be held privately and James will be laid to rest at Somerset Hills Memorial Park in Basking Ridge. In lieu of flowers memorial donations may be made in his memory to the Somerville Elks Special Children Committee, 375 Union Ave. Bridgewater NJ 08807. Funeral services are under the direction of Higgins Home for Funerals Watchung NJ. ... See MoreSee Less

My condolences to Joan,Ron and Rich. Jim was a great gentleman,a great teacher and a good friend.

Rest in Peace, Jim. Prayers for you and the Kennedy family....

My condolences to ronnie and rich and the rest of the family !

So sorry to hear, godspeed Jim. 🙏

Such a nice man. Sending prayers to the family.

I knew him through the Elks & my ex father in law. He was a good guy & he will be missed.

I knew this man as a friend to me and my children, a mentor to me regarding the Elks for over 30 years and a solid person who epitomized a volunteer. So sorry We are not allowed to come and pay respects but Jim Kennedy was a class act and wonderful human being. He made the world a better place. Rest In Peace ❤️

Very sorry for your department’s loss

Sorry for your loss.

For tonight’s drill, our firefighters went back to the basics and trained flowing water on multiple lines from one Engine. Interested in becoming a member? Stop by the firehouse on a Monday night at 730pm or just send us a message right here! ... See MoreSee Less

Thanks for all you do !!